Thank you for Subscribing to Life Science Review Weekly Brief

How CMOs/CDMOs can Add Value for Pharma...

Avoiding the 'Shiny object' Trap of...

An Integrated Approach For Next-Generation...

What Is The Future Of Higher Education...

How CMOs/CDMOs can Add Value for Pharma...

Avoiding the 'Shiny object' Trap of...

An Integrated Approach For Next-Generation...

What Is The Future Of Higher Education... 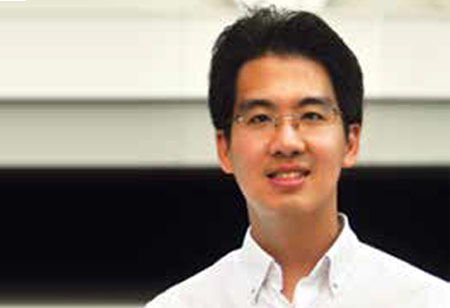 Bringing a new drug from molecule to market is an extremely expensive endeavour. According to the Tufts Centre for the Study of Drug Development, the cost of developing one drug is estimated at $2.6 billion dollars - the most expensive component by far being the clinical trials. Hence being able to conduct better, cheaper and most efficient clinical trials can significantly reduce costs for pharmaceutical companies. This is where real-world evidence (RWE) will play a vital part in the near future.

Traditional clinical trials are conducted in a highly-controlled, artificial setting and the results obtained may differ significantly from actual clinical practice, which is often much messier.

On the other hand, RWE takes data from realworld practice and can provide a more realistic and deeper picture of the actual efficacy and usage of a drug. RWE is defined as data obtained from sources in real-world clinical practice, outside of randomised controlled trials. This includes electronic medical records, disease registries, pharmacy prescriptions, claims and billing data, mobile apps, wearables and other patient data sources.

The use of RWE brings significant value to drug development through a multitude of different areas, from design to post-market surveillance. Upstream, RWE can aid in the design of a clinical trial by allowing researchers to explore the feasibility of conducting a trial based on specific patient characteristics, inclusion and exclusion criteria, and identify the best sites for patient recruitment.

RWE can make clinical trials faster and more efficient by enabling virtual control groups, reducing the number of patients needed. Instead, researchers can use data that has been previously collected from electronic medical records and other real-world sources to model the expected findings from a control group. An example of this use case:

in 2017 Roche obtained accelerated approval for Alecensa (a lung cancer drug) in multiple countries using virtual control group - which was generated via Flatiron Health, a RWE platform for oncology

The regulatory landscape is already changing to support the use of RWE in clinical trials. In 2016, the US passed the 21st Century Cures Act which required the FDA to evaluate the use of RWE to support the approval of a new indication for an already-approved drug and to satisfy postapproval study requirements. In April 2019, the FDA approved the first label expansion of a drug (Ibrance) based on real-world evidence, after seeing credible real-world data for its use in male breast cancer.

Riding on this trend, several new technology companies have emerged to help unlock the value of RWE for drug development and research. One of these companies, Aetion, has a statistical and analysis platform that generates regulatory-grade reports for treatment development, commercialization, and payment innovation in healthcare. At Holmusk, we have built a RWE and analytics platform focused on mental health conditions (eg. depression) that combines data from electronic medical records and patient-reported outcomes. This generates additional insights and reduce the time taken for completing an analysis from several months to less than a day.

Using RWE is not without its challenges. RWE is usually messy and requires significant effort to clean and standardise before it can be used meaningfully. There may be biases in the data because the data is not collected in a standardised way. Patient privacy and confidentiality are also issues that need to be addressed in the use of RWE. These are challenges that are already being tackled and no doubt will be overcome with time. In short, RWE holds great promise to reduce the time and cost required to bring new, life-saving treatments to patients

Could A Syndromic Diagnosis Overcome Challenges Faced By Antimicrobial Stewardship Programs During The Covid-19 Pandemic?

However, if you would like to share the information in this article, you may use the link below: